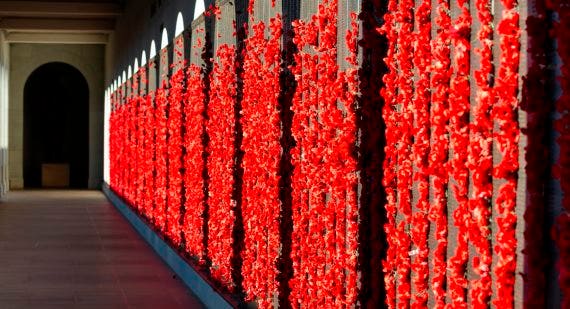 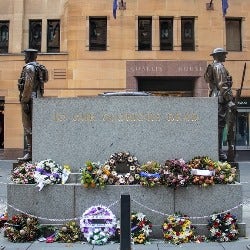 On Anzac Day 25 April,
and Remembrance Day 11 November,
we mourn our wartime dead,
give thanks for those that returned,
and remember those who fought - and continue to fight - for our freedoms.Often we lay wreaths and wear flowers as an important part of the ceremony - as this memorial in Sydney CBD shows.Two plants in particular have become an integral part of the process of grieving and remembering at this time, for Australians - rosemary, and red field poppy. 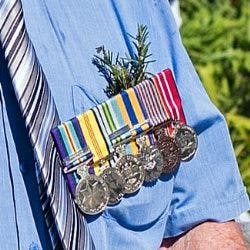 Hamlet : William Shakespeare Rosemary has long been associated with remembrance, as Shakespeare's quote attests; and was recommended by herbalists and wise women through the ages, to improve memory. Rosemary is currently being scientifically researched for its role in alleviating a range of neurological issues, including memory loss. The Anzac Day Commemoration Committee website explains the plant's use :

"On ANZAC Day, the wearing of small sprigs of rosemary in the coat lapel, pinned to the breast or held in place by medals is thus synonymous with remembrance and commemoration."

Its particular significance to the commemorations of ANZAC Day dates back to World War I.
The shrubby aromatic plant is native to the seaside regions of the Mediterranean, and grows wild on the slopes of the Gallipoli Peninsula. Soldiers fighting there would have seen the plant growing, and smelled the fragrance as the leaves were crushed beneath boots. 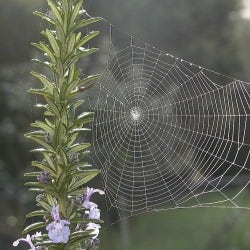 "Tradition has it that a wounded Digger brought home a small rosemary bush from ANZAC Cove, which was planted in the grounds of the Army Hospital at Keswick, South Australia. Cuttings from this original plant were taken and propagated in nurseries all over Australia, and sprigs of rosemary are worn to this day by attendees at ANZAC Day ceremonies as a fragrant reminder of the fallen." 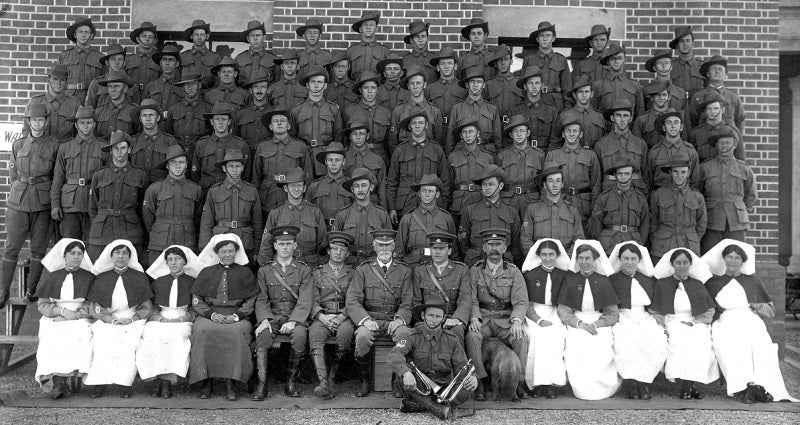 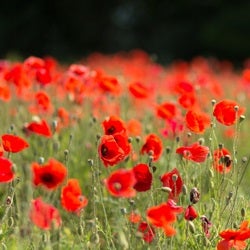 Poppy seeds can lie dormant for decades in soil, bursting into growth when exposed to the light - as they were following extensive trench warfare in northern France and Belgium, when farm fields turned into battlegrounds. Their vivid blood-red colour is a reminder of what was lost to protect our freedoms.A serving Canadian medic wrote a poem that described the sight of poppies growing on the battlefields where the bodies of fallen troops lay :

In Flanders fields the poppies blow
Between the crosses, row on row,
That mark our place

The government's Anzac Portal shows the role of poppies, and other symbolic objects, in commemoration events. Many fabric and paper poppies are sold each year to raise funds for veterans and troops.The Australian War Memorial in Canberra - the main image at the top of the page - becomes a wall of red at Anzac Day and Remembrance Day, to mark all those who died in combat for their country.
← Previous Next →
Related Posts
Similar Products
Categories
Recent Posts 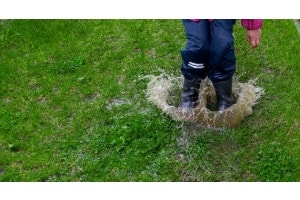 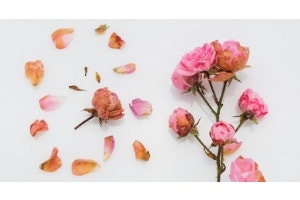